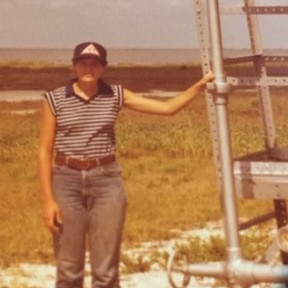 She retired from Conoco Phillips in 2017 from her role as global head of sustainability, with responsibility for corporate policies, positions, implementation strategies, results, and reporting. She worked directly with the board, executive team, and investors interested in social and environmental issues. During her tenure, the company reduced over 7 million tonnes of greenhouse gas emissions, recycled millions of cubic meters of produced water, saved over $100 million in sustainability, dramatically reduced shareholder concerns and implemented a leading human rights position and stakeholder engagement program, all within comprehensive 5 year goals and action plans for priority issues.

Sabrina now serves on the boards of Future 500 and Presidio Graduate School. Future 500 works to advance business as a force for good by building trust between companies, advocates, investors and philanthropists. Presidio Graduate School, now powerfully combined with Pinchot University, brings together the top two rated MBA programs in sustainable business, and is expanding globally through membership in the Amity network of global education institutions.

She served as chair of the board of the U.S. Business Council for Sustainable Development (USBCSD) from 2007-2009, on the board of Houston Wilderness from 2009-2010 and on the board of the Senior Advisory Council for the Global Environmental Management Initiative (GEMI) from 2012-2014. In 2012, she was named to the Industrial Safety and Health News “Power 101” list of influential leaders in sustainability.

Ms. Watkins’ career in the oil and gas industry began in 1981 in upstream production and drilling engineering for deep water operations in the Gulf of Mexico. During her first 20 years in the industry, she held senior management roles in regional assets, production, procurement, drilling, health, safety, and environment in New Orleans and Lafayette, Louisiana, Houston and Corpus Christi, Texas. She then led teams for early-stage innovation, upstream and downstream emerging technologies, and upstream technology strategy before leading global corporate environmental technology from 2006-2008.

Drawing on her expertise in sustainability, decision analysis, engineering and innovation, she is author of over a dozen peer-reviewed scientific papers and case studies. Her public speaking has recently included topics such as carbon asset risk, successful engagement with socially responsible investors (SRI’s), action alternatives to fossil fuel divestment, and the importance of ecological economics in decision making.

Ms. Watkins earned a bachelor’s degree in civil engineering from Lehigh University in 1981 and an MBA in Sustainable Business from Bainbridge Graduate Institute, now Presidio Graduate School, in June 2007.